Rebecca Downes – ‘The Space Between Us’

October Album of the Month

In a rock and blues scene still dominated by men, it is female artists that are producing some of the really head-turning work. Thundermother are touring arenas in the USA, Sari Schorr is stealing hearts and minds at UK festivals – while Lynne Jackaman and Verity White came close to winning our Band of the Year polls in recent years. We’re not supposed to talk about gender equality in rock, but until such time as we have more female artists headlining rock festivals and tipping the balance on radio playlists, maybe we should. Rebecca Downes has been a leading figure on our Friday show through 2022, a passionate advocate of inclusion issues and this autumn she serves up one of the benchmark new albums before 2022 draws to a close.

The combination of a cold winter and a cost of living crisis feels ominous. Tough times are ahead for many and the winter will present a new raft of challenges for a grassroots music scene after the economic battering endured during the lockdown era. Whilst we may all be going to fewer gigs and may count our pennies before pre-ordering physical music, Rebecca Downes’ album offers an oasis of soul, reassuring warmth and musical colour to counter some of the dark days ahead. A truth looking back at the lockdown era was that music played an important wellbeing role to help many get through the long days at home. And so Rebecca Downes’ new album is a fine collection of songs that will help to inspire and lift the mood as we get through what is set to be a long, difficult winter.

Following the release ‘Stripped Back’ in April of 2021, which offered a soothing musical response to a lockdown age, Rebecca’s new album is a vital eruption of sonic energy. Alive, energetic and strong, these are songs to inspire you, a reminder of the power of music to give you a lift. And the music does the talking. Well-arranged songs, good evident chemistry between the players that provide a platform for Rebecca’s vocal range to shine. There are many albums that do well in the rising rock and blues scene because of the way they are marketed – and the support fans want to show for bands as brands – but here is an album that stands alone on the merit of the music.

Built on the familiar multi-hued blues-rock base that songwriter duo Birkett & Downes are well known for, ‘The Space Between Us’ sees Rebecca stretching and pushing her own artistic boundaries. But the key take-out from this album is the quality of the performances, the evocative vocal range and warmth of chemistry between the musicians. It’s an easy listen, but at the same time it will surprise and inspire you.

In terms of standout songs, ‘Hold On’ delivers the immediate oomph factor. We premiered this song on the Friday show some months ago and it quickly became a fixed feature of the show, featuring among our list of most requested tracks for a succession of months. A complete band song with depth and power, Rebecca’s vocals have both richness of tone and dynamic range. ‘Hold On’ has the drama of a rocker with the soul of blues – and it’s ultimately a well-crafted song for anyone that likes well-written new music.

My standout choice from the album is ‘Not On My Knees’ – an expansive six-minute opus. The Gospel choir nests an enormous vocal display. Think of Freddie on Somebody to Love or George Michael with Mary J Blige and, in vocal terms, this is up there with the best of them. Incidental church bell chimes add solemnity, the guitar some grit to a clean back line. But this song is all about the vocal. Along with Nathan James, Lynne Jackaman, Sari Schorr and Aaron Buchanan, Rebecca has one of the defining British rock / blues voices of a new generation.

The only way to follow an opus is to shuffle the pack and this is what title track ‘The Space Between Us’ does – a catchy, upbeat bluesy radio song with chorus lines that are easy on the ear. Already four tracks in and each song seems to react to the one that went before. This helps build interest in the album as it opens up.

‘Terrorise’ presents a very different mood to the title track – and it’s another album standout. A bit of an Alanis Morissette indie rock vibe here – descriptive mood-laden lyrics and a soaring chorus with angst that is both defiant and rousing. It probably won’t be a radio single, but I have a feeling I’ll be spinning it a lot in the months ahead. Less easy than an obvious radio single but more interesting.

Some warm blues staples with ‘Head Over Heart’ and ‘Four Leaf Clover’ counterpoint with the empowering and uplifting ‘This Is How It Feels,’ which I have a feeling will be a hit with rock radio and Rebecca’s live dates coming up before Christmas.

With ‘Lights Go Out’ Rebecca delivers another powerful vocal display. As with the album at large, the music playing is crisp and clean with good production values – a CD to be played loud on a good stereo system, the way music is meant to be enjoyed.

A mention in dispatches now for Steve Birkett as we come on to ‘Rattle My Cage,’ which was recorded by the band live in the studio. Rebecca would be the first to remind us that her songs are products of a close-knit writing partnership with Steve, whose guitar presence washes across the whole album. Huge credit to Steve, he’s not one of those guitarists that wants to drop huge solos into every song. In many places his playing is restrained so the guitar doesn’t compete with the vocal. But ‘Rattle My Cage’ is Steve’s moment. This song is defined by the character evoked by the guitar with Rebecca’s voice a supporting instrument. The measure of a fine musical partnership – and here’s another song quite clearly written for the live shows.

And we finish with a word on covers. There’s nothing wrong with adding an old favourite to brighten up an album, but it’s a brave artist that picks ‘Little Bit of Love.’ Rebecca and Steve absolutely pull it off here and it’s a real moment of surprise and delight on the album. It works so well because it’s not a straight reproduction but is delivered with a fresh new twist. The song has a slightly stronger sense of urgency and somehow feels a bit more upbeat and inspiring. And that’s just what we need back in our lives after the dark days we’ve been through. A song that speaks so well for the world today and it’s proof enough that the truly great songs never really age.

So this is an album to look forward to this winter and I’ll be trailing a few album gems on my Friday show over the next month or two. In summary, this album represents a big creative milestone for Rebecca. Looking back at the Covid era, Rebecca adapted and shared music that was a product of its time – when venues were closed and musicians had to make the best of recording how they could. The ‘Stripped Back’ album reflected this but there was beauty and heart in the music from an imperfect age – Rebecca’s rendition of ‘Bridge Over Trouble Water’ being a good example of this. Now, Rebecca and her band are back with an album packed full of colourful music textures, music that’s full of life, is well recorded and well produced. Musically ‘The Space Between Us’ represents a creative rebirth after an era of limitations and it will be released just at the right time. Winter is coming and Rebecca Downes is set to deliver music for life, music with purpose and hope that will help to brighten the dark days ahead. ‘The Space Between Us’ stands tall as an inspiring musical tonic for troubled times.

(All tracks written by Steve Birkett and Rebecca Downes except * which was written by Paul Rodgers, Paul Kossoff, Andy Fraser and Simon Kirke).

Rebecca will be playing the music of the album at the following venues in the coming months as The Space Between Us Tour: 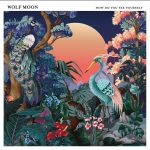