SEPTEMBER ALBUM OF THE MONTH

“Turn it up! Turn it up!” When you’re having a first listen to a promo of a new album in the office and the people around you tell you to turn up the volume, you know you’re listening to a good album.

The Rainbreakers debut album ‘Face to Face’ reminds us that the strength – the real strength – of the new generation guitar music scene lies in its eclecticism and sheer diversity. Whilst Massive Wagons and Those Damn Crows epitomise the vibrant hard rock scene, vital modern music that could only be British, so Tax The Heat and Little Brother Eli bring a much needed modern pop sensibility for a younger audience – and Rainbreakers along with Broken Witt Rebels …. well, these guys are bringing the soul.

I first stumbled across Rainbreakers with their ‘Rise Up’ EP in March 2017. It immediately arrested attention on a first play. It sounded different, rich and fresh. The tunes were an instant hit on my Friday show, the band clocking up a 13-week run over the summer with tunes that brought warmth, feeling and groove. A total mood change to the stomping rockers I’d played before and after on the show – but the Rainbreakers’ inclusion on the playlist was all the more important for doing just that.

Forward-wind 15-months and the band unleashes their debut album ‘Face To Face.’ For the first time with us, a track-by-track album review seems to largely miss the point. This album is about the mood of the collective of songs. It works as a body of work and there is character and arresting warmth that runs through the album, acting as the glue between the individual songs. It’s a recording to listen to from start to end – and perhaps even to remember the name of the album, and the feeling it evokes, rather than to single out standout favourites.

I remember decades ago when I was a kid in the early 80s and went along to my first music festival down the road from where I lived. My lasting memory from that event in the photo album of my mind was the relentless groove of the first Dire Straits album playing in the background, seemingly everywhere. Aside from all the acts on stage during that day, it seemed every poster stand, every food stall and music bootlegger stand (BASF cassettes – remember them?) – everyone had that first Dire Straits album playing. It was bigger than a stage set, it was an album that seemed to capture the mood of the music event; the warm up to start the day after a heavy night – or the late night soundtrack to chill around campfires after the stage bands had long been and gone. The Rainbreakers debut does something similar, the whole album is about a panoramic mood: it’s beyond judgement or musical taste, there’s just an all-pervasive groove that just washes over you and gently reels you in and eventually makes you react.

And full marks to Rainbreakers for sticking to their guns. Often with young acts, the allure of rock radio or the influence of marketing types results in their original sound changing to suit something that someone may think will work to the palettes of national radio and critics: A move that sometimes can result in the creative DNA of the band being completely lost. The Rainbreakers have resisted this, keeping true to what they believe in and you can feel from the music the natural chemistry of the players reacting to each other to capture the music they want to make. The result is a sound that is natural, cliché-free and unapologetically honest – and has its own character. There’s a lot of heart and soul, influences feel more American in places – and the collection of songs will be a real grower for anyone that gives it a chance.

‘Heavy Soul’ was picked as the opening single for the album, but for me is not one of the album’s highlights. ‘Aint Nothing Going On’ and ‘Waiting On You’ contrast well and will probably be our choices for radio play listing – along with the album closer ‘Got Me Where She Wants.’ It’s an album where ‘favourites’ will change by the day – the album as a body of work is what matters here, as each song benefits from the context of the tracks that went before and after.

‘Face To Face’ is an album that, in places, will force you to dance. Conversely, it’s also a great album to finish the day to with a nice drink, the lights dimmed and the volume turned up. There is musical sunshine that radiates from this fine debut – and it’s more than a fitting album to mark the close of our hottest British summer on record.

Some months ago Great Music Stories was asked to shortlist a bill of new generation bands for a music stage at Cowes Week. The challenge was to put guitar bands in front of a new audience, bands that could draw in crowds not particularly interested in – or familiar with – classic rock. I remember Rainbreakers and Little Brother Eli being among the first bands on the list. On reflection, this says a lot about rising bands that have the potential to take guitar music into a new era to younger audiences and to take down the walls that too often pigeonhole bands. Rainbreakers are a hard band to pigeonhole in a music world seemingly obsessed by image and genre labels – and in my book, that’s a good thing.

‘Face To Face’ should be seen as a great collection of songs that have universal appeal, music that can transcend boundaries. The music shines by being unpretentious, and the band will rise because they’re only interested in being themselves and developing their art on their terms. With ‘Face To Face’ Rainbreakers have arrived: Grounded, fresh and authentic – their music is alive and and quietly, but emphatically, radiant. It’s a great start and yet one has the nagging feeling the best is yet to come.

The band’s debut album ‘Face To Face’ is released on 31 August – pre-order it here www.therainbreakers.com

JULY ALBUM OF THE MONTH We have been living through unprecedented times: for many a period of hardship, of risks and fears, yet it is 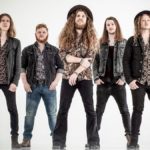 JUNE ALBUM OF THE MONTH At the moment, it’s getting harder and harder to pick just one ‘Album of the Month’ to review. In the 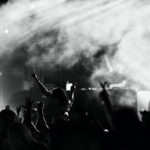 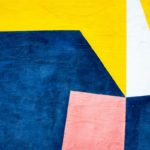 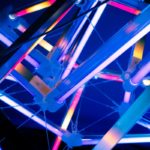 KING KING  Revisiting and re-editing an interview I did with Alan from Ramblin Man back in 2017, re-edited it presents a nice reflection on the 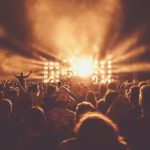